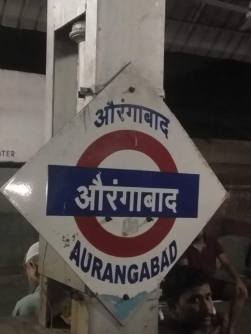 When I first arrived in India in July, my director invited us all for tea time after lunch. The tea is called masala-chai and is loaded with spices (much like every Indian dish). Milk and sugar are a must; my director laughed as I described my love for black coffee. We sat at a small table, sipping tea and eating cookies, talking about how my experience has been thus far.

This made me nostalgic of my childhood. My mom had immigrated from England to the United States when she was eighteen. She brought her cultures and ideologies with her, which I continue learning about through the food she eats, the beliefs she has, and the language she uses. I remember the beloved tea set she gave my sister and I. It was white with light pink flowers painted on it. The cups were minuscule, barely the height of my pinky finger, yet it felt as though they were made just for me. After school, I fondly remember my mom driving my sister and I home as her eyes would lock with mine in the rearview mirror, as she said, “You girls ready for tea time once we get back? I made cinnamon bread.” As soon as we would walk through the front door, Mary and I would throw off our shoes and hurl our backpacks on the couch, sliding across the hardwood floor to beat the other to the warm bread. We would compose ourselves as my mother set up the dishes and tea pot, which would be filled with traditional British black tea, milk, and sugar. My mother passed down this tradition to my nieces as well. Whenever they made the journey with my sister from Miami or California – wherever they were stationed at the time – Sophia and Alessandra would run through the doors just like my sister and I did years ago. My mom would already have the tea pot ready for them, where they would sit for hours at the table discussing ‘important matters’.

These memories flood back to me each time I have tea-time with my classmates in Hyderabad. Now tea-time really is for discussing important matters, where conversation always drifts towards politics or religion, with the tea easing our minds into a light-hearted debate. We sit outside of the canteen with stray dogs begging at my feet, drinking the tea which the Auntie’s had brewed.

As more of these meetings take place, I began putting two and two together. Where did my mother’s idea of tea-time come from? Who started the tradition first, Indians or the British? I realized then that this relationship had developed from the British colonists, who only stopped having power in India in 1946. Colonialism is still apparent today, even though years have passed since the end of the British rule. Indian Independence day in August was one of the largest celebrations I have seen during the my time here and it goes to show people’s feelings towards the British colonists.

After realizing this, I began questioning where these traditions originated. As my mother is British, I always assumed that the idea of tea-time, along with many of her other traditions, came from her country. But how do I know that these traditions are really British, and not Indian, which they could have discovered after having colonized India for so many years?

One of my fellow students learned in their sociology course how the first census in India started in 1865 by the British. This was not to advance the Indian civilization; rather, the British were using India as their guinea-pig so that they could understand what type of government is successful for their own country.

It’s often easy to overlook colonialism in the U.S., saying that it happened many years ago or that the Native Americans still have freedom. Yet our own president is actively taking away Native Americans freedom, first with the Dakota Access Pipeline, and then with the new law in North Dakota which requires voters to list a specific street address rather than using a P.O. box. By taking away their homes and their liberty, we edge closer to the further dehumanization of all human beings. The midterm elections welcomed a bright light in a dark time, as two Native American women were elected to Congress.

Colonialism continues to affect modern society, as the idea that one person has the entitlement to take land away from others parallels the dehumanization which occurs throughout much of the world. Hatred and violence has consumed our society, creating a divide which instigates the feeling of superiority in people. It’s important to be aware of the history of the country you are in, especially as much of that history is written by the people who support the oppression of others.