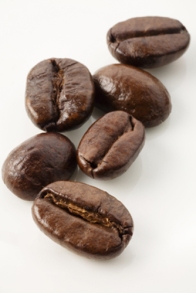 Although it may come as a surprise to many, the art of coffee ordering is vastly different in various countries across the world. Whereas in the homeland of blue jeans and apple pie it might be permissible (although annoying) to order a “Grande, half-caf, skinny extra-hot soy caramel latte with extra foam,” you might as well have screamed “I’m an American and I have no respect for your country’s holy grail of hot drinks!!!” at the barista if you’re ordering in Europe. Further, some countries are big on tea instead of coffee, and you may have to explain in detail and use hand gestures or small cartoons to get the coffee you’re looking for, even in a place as familiar (and American) as Starbucks. This blog will give you the skinny (decaf, extra foam) on how to navigate the mysterious world of ordering the perfect hot drink while abroad.

Ah, France, the holy city of coffee. Almost no other place in the world has such a high regard for the intoxicating aroma of an espresso in the morning, except perhaps for the other Mecca of the divine drink, Italy. To succeed in the cafes of France, where Americans already have a not-so-sweet invitation, you must know the correct lingo and, mostly importantly, what NOT to order.

First, never in France will you order a filter coffee (the standard drink in the US). French cafés probably don’t even have it, and baristas may give you death stares for insulting them with such a preposterous order. If you don’t like Espresso now, start practicing. The default drink in France is a bit stronger, and a lot smaller than our regular drip coffee drink. If you can’t handle the awesome power of the Espresso, try an Americano (dubbed specifically for us, it tries to mimic filter coffee by adding hot water to a shot of Espresso), a Café Crème (Espresso with steamed milk) or a Café Noisette (Espresso with a tiny bit of milk or cream).

Coffee is drunk at all times in France. With breakfast, usually an Espresso with milk is customary. In the afternoon, it is typically drunk black. After dinner, coffee is served after dessert, and not with. Be prepared for these courses to come separately – you might get a nasty attitude from your waiter if you ask for them together.

The French tend to linger over their coffee and savor it. You may not even have the option for a “to-go” order, so don’t be surprised if you can’t bring your coffee to class with you. Take a seat in the café and stay a while, and make sure to watch the locals order – you’ll be coffee savvy in no time. Technically, all coffee shops in France (and many other parts of Europe) are non-smoking since the nation-wide smoking ban went into effect in 2007. However, many French patrons will smoke outside (which is still legal), or even inside without being reprimanded, so check and see what the smoke situation is like before you choose your favorite shop!

The Italians are very intense about their coffee. In Italy, there is only Espresso and its variations. It’s that simple. Unlike the French, Italians like to drink their coffee as fast as they can get it. In Italy you’ll have to adopt the “stand up, slurp, and run” mentality that the Italians live by – there are places to sit in many cafés, but they’ll be filled with tourists and the price may be up to 4 times as much than if you just drink it at the bar. Espresso is, again, the staple drink of Italy (called a Caffé). If you can’t handle it, try an Americano, Cappuccino (Espresso with milk and lots of foam) or Macchiato (Espresso with hot milk).

Whatever you do, don’t order any drink with milk in it after breakfast in Italy, especially a Cappuccino – big cultural no-no, and you’ll probably get laughed at. Pay for your drink first, and keep the receipt. In Italy, you might be asked for it before they’ll hand over your drink, lest there be coffee thieves in the café.

Filter coffee abound! In Germany, ordering coffee may seem a bit more normal. Filter coffee is a standard, either served with milk and/or sugar. Safe orders include a Kaffe Latte (coffee with hot milk in a glass) and a Milch Kaffee (a pretty standard latte, served in a cup). Be prepared to stand up while you enjoy your delicious drink in some smaller, non-Americanized coffee bars – there are long counters, but no seats!

Ordering coffee in England will be most similar to the US, but still utterly confusing in a few respects. Although Starbucks is just about everywhere, there is still an order that will confuse every barista you’ll meet – filtered coffee with cream. Half and half really doesn’t exist in the UK, and they refer to cream as either single or double. Non-fat milk is very unpopular, so you’ll be more likely to see “semi-skimmed” (2%) as an option. There are no canisters of cream on the “preparation” bar with the sugar and napkins. Ask for a coffee with cream at the counter, and the barista will look at you very confused, and apprehensively ask you what exactly it is that you want. An experienced barista may understand, and will reach under the counter to pour some cream (our equivalent of heavy whipping cream) in your coffee. Safer bets are just to drink it black, with semi-skimmed milk, or just go with a staple and ask for a Latte. The same goes for Australia and New Zealand where they may enjoy a coffee with cream American style if it’s available, but stick to Lattes and Cappuccinos based mostly on availability.

Your other option for a hot drink in England is tea. The English absolutely adore their tea, and even have a designated “tea-time” in the middle of the day. It is easily made at home with the help of an electric kettle (to which you may say “what the heck is that thing?), and is much more popular than any sort of coffee. Most of the locals will be drinking tea, not coffee, so it might be a good idea to brush up on your Earl Grey, Chai, and Green varieties of tea to see what tickles your fancy. The options!

Ordering a coffee in China may not be so foreign, as there are about 400 Starbucks stores currently operating in China. However, as with most countries outside the U.S., it may be hard to find just a typical black coffee – most Chinese drink the more exciting drinks like Frapuccinos and flavored Lattes. Coffee shops are typically used as a gathering place, but not often for studying – so don’t expect to see many students cramming for biology over a Venti Latte for hours.

Another tea drinking country, like England, that has embraced Western coffee culture with plenty of Starbucks and other coffee retailers to go around. Japan is typically known for its traditional Green Tea, but it’s now the third largest importer of coffee in the world. Ordering the perfect coffee may be more difficult than in China, however, because many baristas won’t speak to foreigners in English, and you must make use of pointing at pictures to get what you’re looking for. Watch out if you’re sensitive to caffeine, though, because decaffeinated coffee is virtually impossible to find in Japan. If you’re a non-smoker, make sure to poke your head in to the shop first before you go in – many Japanese are heavy smokers and enjoy smoking in the coffee shop while enjoying their drink (except for in Starbucks – it remains non-smoking everywhere in the world). Instant coffee is also trendy and common in Japan, so if you’re looking to save a few bucks on your usual cup of Joe, you’ll be in a perfect place!

In these regions, the most common kind of coffee is Turkish. The name refers to how it’s prepared, not the kind of bean used. The coffee beans are ground to the finest possible powder, even more so than an Espresso, and prepared in a copper boiling pot. It will have a thick foam on the top, and sometimes is sweetened with sugar and flavored with spices like cardamom. Turkish coffee is typically served extremely hot and is much stronger than regular coffee (even Espresso), so it should be sipped on slowly – not a good coffee to take on the go! Turkish coffee goes by different names all over the world, including: Armenian coffee, Greek coffee, Cypriot coffee, and Bosnian coffee.

Hope you enjoy your coffee no matter where in the world you go!

Disclaimer: All information was gathered from the internet so please use discretion when ordering your coffee!

3 thoughts on “How to Order Coffee Abroad!”