So, I put together a list of American customs that can be considered rude in other cultures through some research and this Quora thread, I hope it is helpful, interesting, enlightening, and a little funny.

In Japan and South Korea tipping is seen as an insult.

2. Sitting in the back of a cab

In Australia, New Zealand, parts of Ireland, Scotland, and the Netherlands it is rude not to ride shotgun.

If you give a thumbs up in the Middle East, Latin America, Western Africa, Russia, or Greece, you are basically giving them the middle finger.

4. Laughing with your mouth open

If you laugh with your mouth open in Japan it is considered impolite.

5. Saying your from America, not the United States

If you say you’re from America while in South America, it is considered rude and that you don’t believe there should be another “America.”

In countries like Germany, not being on time is considered rude and a waste of your guests time.

However, in South America, if you arrive on-time it is considered a sign of disrespect.

8. Using your left hand for actions

If you do anything in Africa, India, Sri Lanka, or the Middle East it is considered a sign of disrespect because they use their left hand for “bathroom duties.”

In asian countries, if you open the gift immediately in front of the person who gave it to you it is considered greedy.

Wearing leggings, sweatpants, baseball caps, or wrinkly clothes is a sign of sloppiness in Asian and European countries.

11. Showing the soles of your feet

In countries that are Arab, Muslim, Hindu, or Buddhist showing the soles of your feet is a sign of disrespect.

In Norway, when you go to a party it is rude to drink someone else’s alcohol. Only drink the alcohol that you brought personally.

If you finish your meal in China, the Philippines, Thailand, or Russia it tells the host that they didn’t provide you with enough food, and they will continue to provide more. 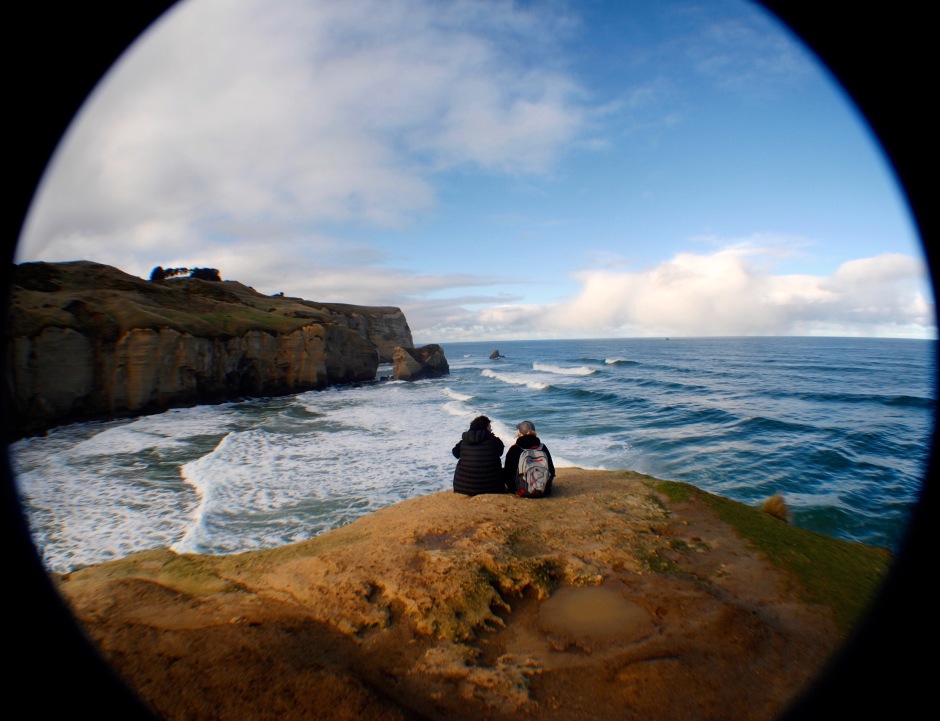 Settling into your housing abroad has the exact same feeling as settling into your dorm freshman year of college. All of a sudden you’re sitting alone on your bed and the realization hits you that you know absolutely no one in this huge new country you’ve decided to live in for six months. Of course, you may know a couple of DU students who have decided to live in the same country as you, but you know nothing of the city, how to get around, how to order food, how to get to class, and the realization hits you that you are absolutely helpless.

This was probably the scariest feeling of being abroad, I didn’t know the city of Dunedin in New Zealand. I felt like a lost puppy, absolutely dazzled and confused by my new surroundings, and the worst part was that I arrived two days early, so I was the first one to be in my flat and the first one from DU to be in Dunedin.

I spent the first two days wandering around Dunedin trying to figure out where the grocery store was and trying to buy food in the store without looking like a tourist. I messaged people from DU that I’d never really talked to before, who I knew were going to Dunedin, and asked them when they were arriving and that I’d love to get coffee with them.

The rest of abroad was absolutely incredible and I made friends that I’ve visited and have visited me in the United States.

But the point is, the beginning of abroad is scary and new and daunting but everyone goes through it and everyone finds their ground and their bearings, just like freshman year of college. So no matter how nervous you are, remember, if you survived being dropped off at your dorm room freshman year not knowing the campus, the surroundings, or any people, you can survive abroad.