For the 2 months that I have lived in Alicante, Spain all I have heard about on the local news channels is Catalonia. For those who may not know, Catalonia is a northeastern area of Spain that is known for being the most prosperous region and it’s Capital is Barcelona. Catalonia has motioned for independence from Spain, and has been fighting hard for that independence.

On the 1st of October, Catalonians went out to vote for their Independence, but Spain deemed it illegal. In an effort to inhibit Catalonian citizens, Spanish police forces, known as Guardia Civil, became violent and were handing the situation very brutally. Citizens of Catalonia were beaten and billy clubbed solely for trying to vote.

From this situation, things escalated greatly, and the media continues discussing how violent Barcelona and Catalonia is. This past weekend, I was visiting Barcelona. The Catalonian government officials voted for independence, and the vote passed. However, once again, Spain deemed this action illegal and discredited it.

Being in Barcelona, I thought that things were going to become quite unsafe and riots would ensue due to the media’s portrayal of the events. However, things were surprisingly peaceful; there were massive protests in favor of remaining a part of Spain.

I ventured into the heart of these protests due to a growing curiosity of what they were truly like. I found that there were some violent and irrational people, but the majority of individuals were friendly, passionate, and peaceful. However, if you watch the news, it shows pictures and videos of the few violent individuals, making the protesters seem out of hand.

Yes, there were hostile individuals who seemed as if they might get into fights, and a group of extremist protestors were blocking cars and yelling at other citizens. However, I never felt unsafe at any point and saw more collective passion of a community than I did violence.

It was an eye opening experience to see one of these rallies firsthand rather than on the news channel of my household television in Alicante. Catalonia is in a torn state of individuals who seemingly cannot agree. They have a lot of things to figure out before moving forward seeing as many individuals are still fighting for separation. Perhaps the main streams of media in Spain and America should focus on the collective groups as a whole rather than the small groups of extremists who are acting violent and irrational.

I spent this past weekend exploring the capitalof Catalonia, and one of the most famous cities in Spain. Barcelona was very large with an abundance of famous art, beautiful architecture, and delicious food. To me, Barcelona felt similar to other big cities that we have in America with the exception of high rise towers. 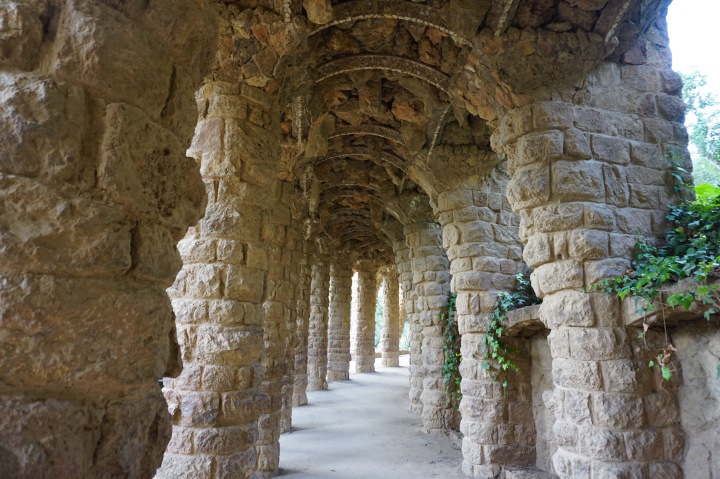 I found that almost every individual that I encountered spoke English quite well, which was important because a surprising number of citizens in Barcelona do not speak Spanish. They all seemed to speak Catalan, a language similar to Spanish but spoken mostly in Catalonia.

I spent the majority of my time exploring the numerous architectural phonemes around the city that were created by the famous Antoni Gaudí. As seen in the featured image of this article, we first went to the Sagrada Familia. It began construction in 1882 and will not be finished until the year 2026. It was truly the most magnificent cathedral I have ever laid eyes on.

Unlike many cathedrals in Europe, the outside of the Familia is astonishingly intricate, compiled of beautiful works of art and sculptures. The inside, however, is quite simple. It is simple but beautiful. It is said to resemble an enchanted forest due to the long columns and colorful glass. 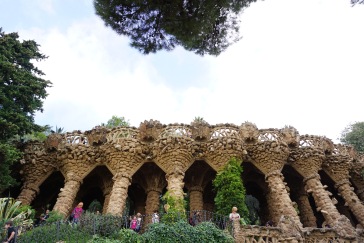 I then spent my time roaming Park Güell, which is a 45 acre park that was also designed by Gaudí. The park was full of beautiful architectural works that are quite famous around the world. There were many basic works such as pillars and benches, and more intricate areas where there are colorful sculptures made out of recycled tiles.

There are many things to do and see in Barcelona, it is a huge city. I did not limit myself to the works of Gaudí during my weekend, but his works were definitely the most interesting things to see. I would love to return and do more in this city, but I really enjoyed the short amount of time that I was there. 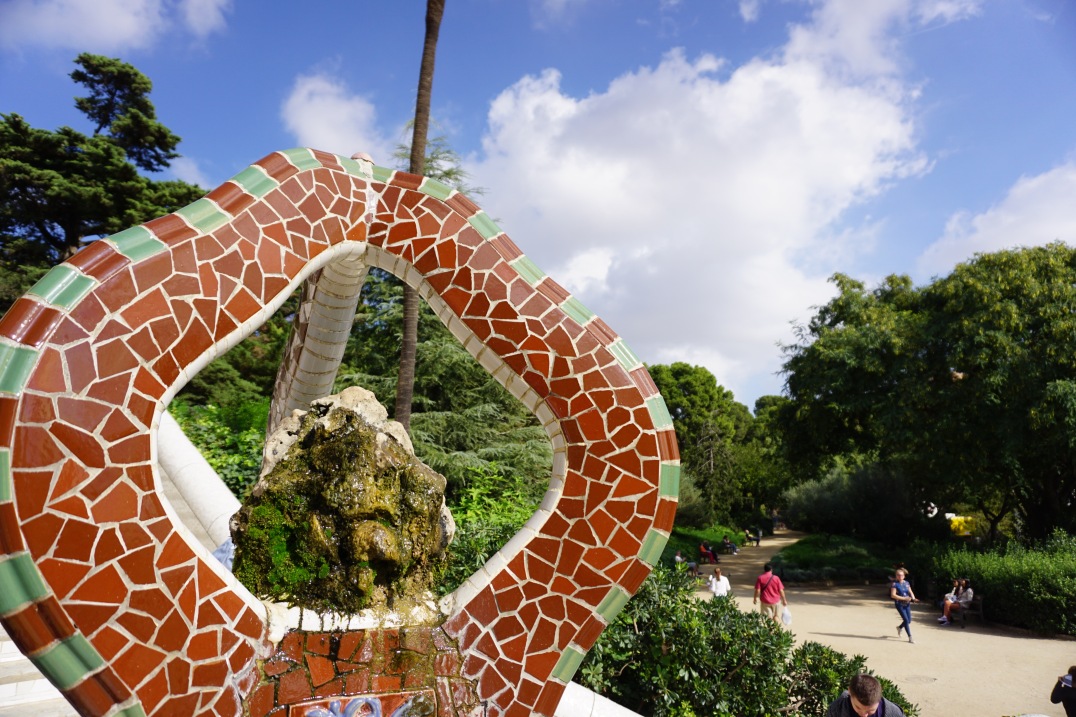