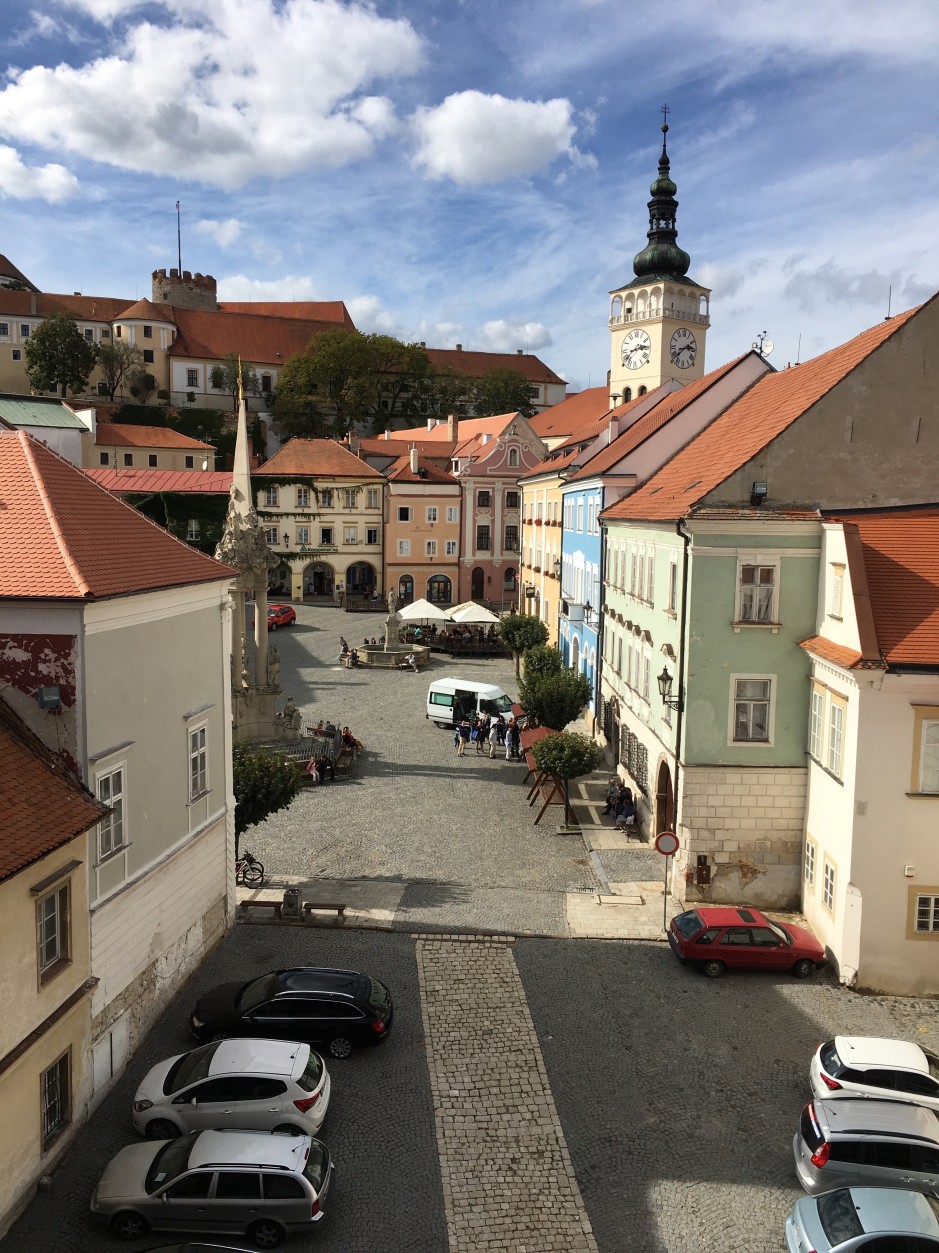 I’ve been in the Czech Republic for about 2 weeks now, and as any study abroad student can agree, it’s been a whirlwind. The most important lesson I’ve learned thus far has been that you will love your new life so much more when you stop comparing it to the one you had before.

The culture shock has been the most intense when I have the mindset of Czech Republic vs. U.S. Of COURSE it’s not Colorado, so why compare the two?

Is the food different? Yes. Is the cellular plan weird? A little. Are the new classes confusing? Absolutely. But when I stop thinking ugh this was so much easier in the U.S. or why does the Czech Republic have to be so confusing? And start simply acknowledging things, taking them in as facts, and MOVING ON, I find so much more joy. I remind myself that I am here to learn a new culture. I am not here to look at this culture and judge, I am here to absorb and learn. Accepting the latter has allowed me to find enjoyment in getting lost (all the time), see the beauty of the new, and overall become adjusted much faster.

Now with that out of the way, here’s what a lack of comparison has showed me in my first few weeks in Czechia: 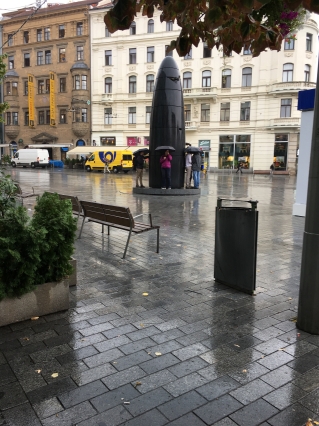 Like this clock. Yup. Clock. This is a newer art installment that took 3 years to build and over half a million US dollars. Every day at 11am a marble comes out of the clock via 4 slots. People wait at each of the slots in hopes of catching the marble. And…that’s it.

At first this piece seems a little…random…but it actually commemorates one of the country’s most difficult wars: The Thirty Years’ War. Basically, the Swedes had been trying to take over the city for 3 months, but Brno wouldn’t give up. So, finally, the Swedish general said that if Brno was still standing by noon the next day, his army would give up. So, the people of Brno decided to set all the clocks to ring 12 an hour early-11am- and the Swedes kept their promise and gave up. My goal in life is to now catch that marble.

As any family member or close friend can attest to, I am not directionally gifted. At all. Because of this, I spent my first week in a constant state of cluelessness. If I was unsupervised, you could guarantee I was also lost somewhere. However, I ended up seeing SO much more of the city this way! More time on the bus meant more time to look out the window. I found a gym, a zoo, and the reservoir, all by accident. Although I don’t recommend this type of self-tour, take some time to just look out the window, you’ll learn a lot.

Almost contrary to this, I’d like to add that it is actually quite easy to travel around. Mainly because public transportation is the most common form of transportation, you can get pretty much anywhere on your own. In addition, it is cheap. Very cheap. Like going-to-a-different-country-for-$10 cheap. And that’s before the student discount!

Did you know that the Czech Republic has the most castles per square footage in the world?? Or that Czechia is shaped like a bowl, where the bowl’s rim are the mountains? Or that buildings are always refurbished instead of being replaced? Now imagine what that looks like. It looks like red rooftops as far as the eye can see. Colorful buildings with intricate molding everywhere you turn.  Cobblestone everywhere (warning: easy to sprain ankles). Artistic statues scattered throughout the city. Castles placed on every hill. Even the McDonald’s look nice! If you don’t want to go to Czechia for anything else, go for the beauty. (And bring a camera.)

Takeaway: Don’t compare. Theodore Roosevelt was right when he stated that comparison was the thief of joy. Throw comparison out the window and instead immerse yourself in the new and you’ll find something much better.

Hannah Langford is taking a break from studying Integrated Sciences at DU to study history and culture at Masaryk University in Brno, Czech Republic. She’s looking forward to exploring the unique geography and outdoor opportunities in the area and the surrounding countries. She’s also looking  forward to eating a lot of chocolate.