It’s my one month anniversary with study abroad and I must say, I think I am falling in love with her.

I have currently been living in Port Elizabeth, South Africa for a month and a day now and I can rest assured that I made the correct choice for study abroad. Choosing was not easy however. I’ve travelled Europe with my mom and visited my grandparents in Australia so I did not want to go back to either. Unfortunately my Spanish is not at the level I would like to visit a Spanish speaking country. I was torn between Thailand and South Africa, both of which have such densely beautiful cultures and landscapes but I ultimately decided upon South Africa. I was delighted when South Africa chose me too!

Over the past month and a day I have done some crazy amazing things here! I hiked Sacramento Trail along the coast and got this amazing photo!

I have gone to a game reserve and got to see the most amazingly beautiful animals in the world. The week prior to visiting them, they had poachers come in and kill one of their rhinos so it was sad except that they believed the poachers that entered their reserve were the same ones that were eaten by lions a coupe days later. Karma?

I GOT TO RIDE A HELICOPTER! CRAZIEST EXPEREINCE EVER!! Having never rode a helicopter before in my life, this was definitely a highlight, if not the coolest thing I have done this whole month. 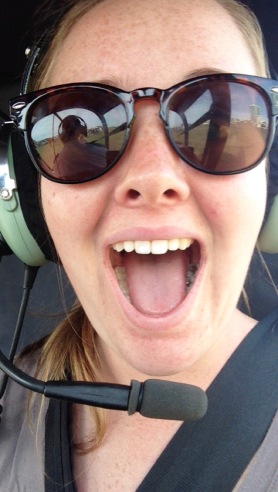 Besides my crazy adventures, I have been able to visit the townships, which are the poor areas of PE, and see how life is there. We were able to get a braai (barbecue) in one of the townships and it was the best meal I have had so far. I have been able to meet locals as well as so many internationals from places like Germany, France, Mexico, Norway and others.

A couple of things that I have noticed within this month abroad:

I have made sweet friendships in the past month and sweet memories as well. South Africa has my heart.