The first official weekend trip of my study abroad experience was to Granada, Spain. I went with the other students in my program, and we took a four-hour bus ride to get to the city.

When asked what the most visited city in Spain is, most individuals would respond with “Madrid” or “Barcelona,” but the correct answer is Granada. Granada is a pretty small city with an estimated 235,000 people living there year round. However, it has quite a large feel and is full of street vendors, art, culture, historic sites, and tapas restaurants. 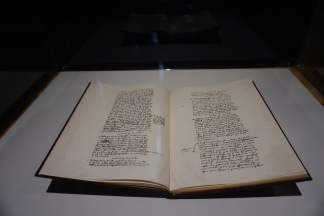 The second stop was at Granada Cathedral. A massive Cathedral that was finished in 1561 has a very impressive, intricate interior design as seen in these photos. It was built over the cities main mosque after the city was conquered and deemed a Roman Catholic area.

The last historical site that we visited is the most well-known attraction in the city of Granada. We visited El Alhambra. It was originally built as a small fortress in AD 889, but after Christian Reconquista (reconquest) in 1492, it became the Royal Court of Ferdinand and Isabella.

The fortress is absolutely enormous and full of buildings with elegant architecture, amazing views of the city, and impressive museums. If you only have time to see one thing while in the city of Granada, it should be El Alhambra.

Overall, Granada was one of the cooler cities I have ever experienced. There was so much to do and so much to see, that I cannot imagine anyone getting bored in this city. If you are ever in Spain, or even Europe, Granada is undoubtedly worth going to.