Come on. I dare you!

Okay I’ll tell you. Sound it out! Its pronounced: “one-of-the-most-beautiful-places-I’ve-been-to-yet”.

5 of us girls packed ourselves into our Toyota Corolla and set out for an adventure. And an adventure it was.

We drove 3 hours to Plettenberg Bay and visited a wonderful farmers market! The market was set up in the trees which so many beautiful pastries, fresh-squeezed juice, and bread stands. We had a little of what seemed like everything and then made our way over to the craft market that was right next door. Here you had so many different types of goods, ranging from vintage finds to handmade wooden giraffes. There was plenty to look at and we took our time!

Our next stop was Knysna Head overlook. This had to be the most breathtaking view I ever seen in my entire life. I would compare it to when my family took grandma to Hawaii and we had a huge cliff beyond the backyard that overlooked the ocean. Knysna was a huge drop down the ocean which rocks jetting out everywhere. The waves would come in and you would have a beautiful color combination of the tan rocks, the deep blue ocean and the White Sea foam. Rather than me trying to explain this, why don’t I just show you.

Our accommodation for the weekend was what truly made the trip so special I believe. We stayed at Bethany Farm which was a little more inland. Jacks, the farm owner, gave us impeccable directions to get to the farm which was quite secluded in a valley. When we arrived to the farm we were greeted by his dog and many cats. We had our own house on the property with several amenities. The house was quite gorgeous, but there was no heating system and the lights ran on solar power so they were quite dim. This combination lead to an interesting night. To top it off, the only wifi available on the farm was underneath a tree directly in the middle of the two houses. With no wifi, three layers of clothes, blankets wrapped around us and what seemed like 20 candles lit on the table of the living room, we did what all 20-something girls would do. We grabbed that old guitar off the wall and improvised our way through “Baby” by Justin Bieber.

The following day was full of adventure and excitement. It began with a lovely visit to a small restaurant for breakfast. After we were fed we headed towards the Storm River. When we got to the coast I was in awe. I am used to the 2 or 3 foot waves off the Port Elizabeth beach but here there were waves reaching 10-13 feet at least. They were incredibly beautiful and carried so much power.

We made our way to the Untouched Adventures gazebo and got into our wetsuits not knowing what would lie ahead. We were going kayaking! After a small “lesson”, Meagan and I got into the kayak both having no knowledge on how exactly to kayak. And with that we kayaked across the waves of the Indian Ocean. That’s right. We went on part of the ocean. (ahhhhh!!!!!!) We followed our way down the river that was in the bottom of a small canyon. The views were absolutely gorgeous! Halfway through the trip we docked our kayaks on the rocky island and got onto our lilos (rafts). We used our hands to paddle ourselves down the river and tried not to realize how blue they were turning. We asked the guide who said the water was around 8 degrees Celsius today (46 degrees F) but in the summer it can get up to 24 degrees C (75 degrees F). So moral of the story, go in the summer. 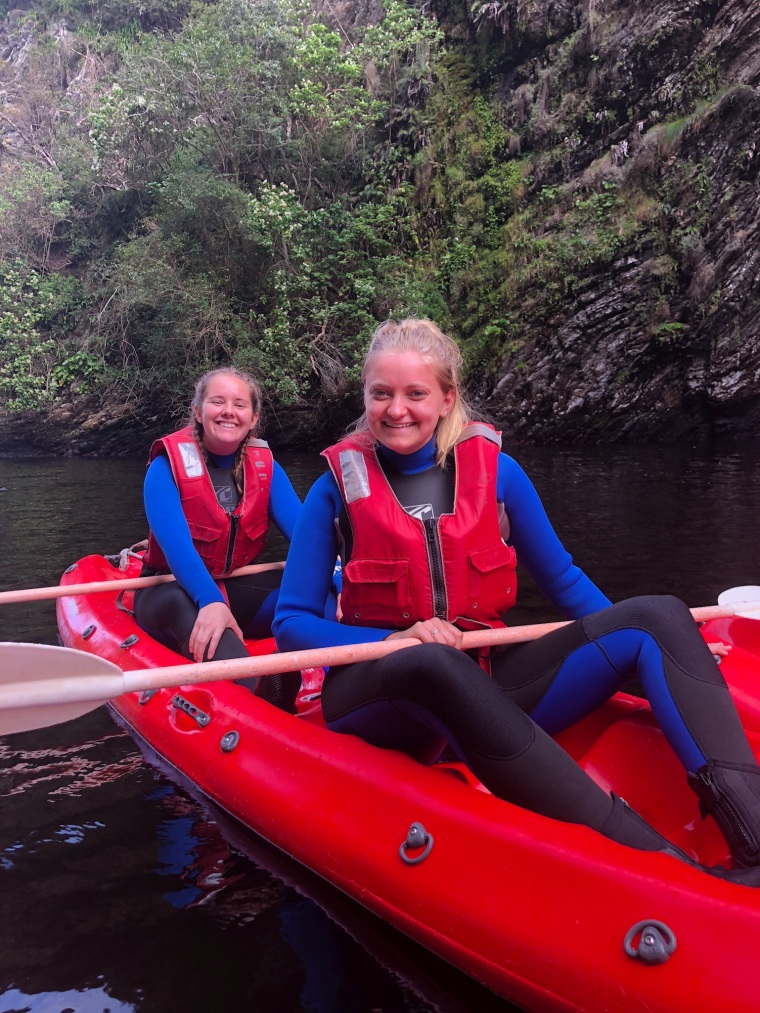 We climbed the suspension bridges and the rocks that sat on the coast giving a spectacular view of the ocean. On Sunday morning we had to say goodbye to our beautiful farm and head back to PE. Memories were made. 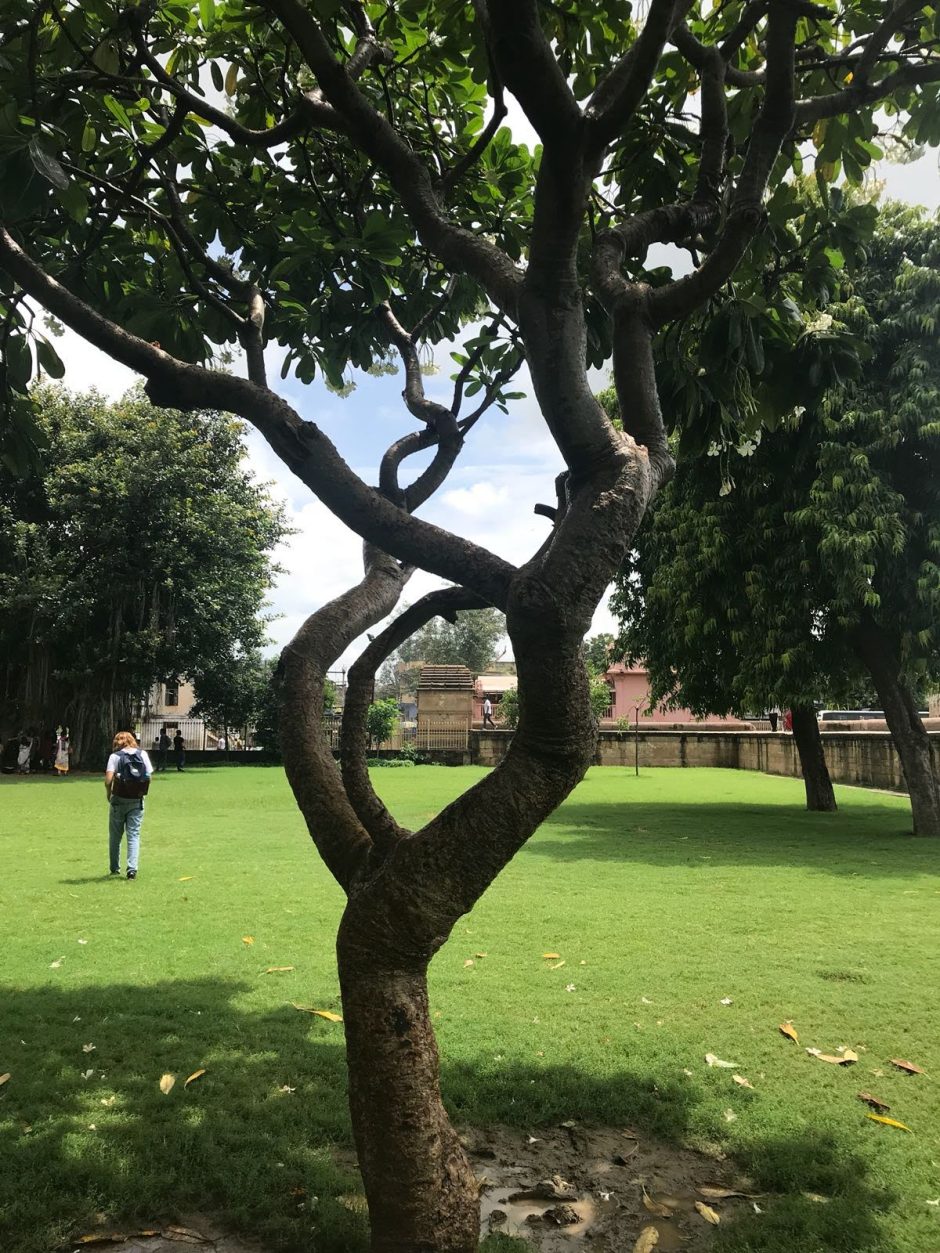